Happy New Year to you.
Karthik...What are you talking about?
It is already end of February..Why did I say that?

Today is the first day of the rest of your life. Whatever changes you want to make..today is the day you can start making those adjustments.

As we continue to begin a New Year, I thought I would give you a copy of some information that recently came across my desk. I do not know the original source of it, otherwise I would be more than happy to site it. But, I thought you would enjoy having a copy of this to give you some guidance for this coming year.

1. Integrity in everything.
2. Have specific pre-determined goals.
3. Have a plan to attain these goals - with deadlines.
4. Work hard - always.
5. Be enthusiastic in your work, for work is merely a state of mind.
6. Give more than you take.
7. Always say "Thank You" and mean it.
8. Treat customers with respect and show appreciation.
9. Do not assume anything.
10. Set a high level of standards for yourself - it is contagious.
11. Lead by example, not words.
12. Treat employees with respect and show appreciation.
13. Do not make excuses - give results.
14. If you are wrong, admit it.
15. Really, REALLY care about people.
16. Look neat and professional at all times.
17. Do not take short cuts.
18. Look for the correct way, not the easy way.
19. Have a thirst for knowledge and new ideas.
20. Always try to "better your best."
21. Never, NEVER give up - have guts and hang tough.
22. There is always a better way to do a better job..find it.
23. Find out what your real talents are and then use them.
24. Do not let money, greed or power control you.
25. Stop sometimes to "smell the roses."

Act as though it were impossible to fail!
Have a great week! 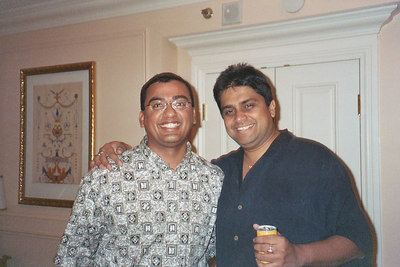 I never cease to wonder how some people think they know it all. I certainly know that I do not! I am constantly learning, I am always seeking new ideas and ways of looking at situations. The second you assume you are perfect or know everything you start to lose.

Arrogance is a killer... it infects us and makes it harder and harder to succeed. There are so many examples of people that are talented and skilled but have no time to accept critiscim or learn a new idea. The thought that someone else may have an idea or a possible different approach is laughed at by these people.

Not me! I want it, I want to learn and grow and be told that I can do better. Why reinvent the wheel?

"I have stood on the shoulders of giants!" - Isaac Newton

I would say that Isaac knew a thing or two, but he recognized that there were people that could help and teach him. Places and people he could build off of. I think that Newton was fairly successful....It is wonderful to learn from someone who has been there and done that. I am grateful to TD for being the right example.

Few days back, I finished reading a book "Tiger traits" by Dr. Nate Booth. It is a very good book and has lot of nuggets in it which can be applied to day-to-day life. The last chapter in this book is about "Giving back" where he has quoted Winston Churchill regarding giving. I would like to share this with you.

Fail your way to Success 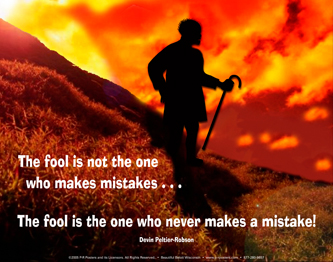 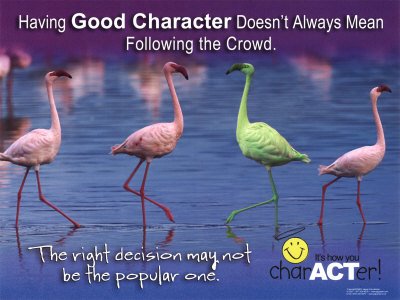 You might have heard the ancient proverb which says, “If you lie with dogs, you get up with fleas.” You cannot long escape the effects of the people you associate with. If you insist on associating with a bunch of felons and immoral individuals, you’ll eventually be in trouble with the law or their victim or both. If you hang out at the pool hall every night knocking down a bunch of beers, you can pretty much forget about getting rich. And if you spend your time with negative, un-happy, do-nothing complainers, that is what you will become.

The flip side is that you can do wondrous things for yourself just by picking the right folks to hang around with. One idea, one suggestion or one introduction to a new associate can change your business and your entire life.

It is well-known that Henry Ford began his business career under the handicap of poverty, illiteracy, and ignorance. It is equally well-known that, within the inconceivably short period of ten years, Mr. Ford mastered these three handicaps, and that within 25 years he turned himself into one of the richest men in America. Add to these facts the additional knowledge that Mr. Ford’s most rapid strides became noticeable at the same time he became a personal friend of Thomas A. Edison, and you will begin to understand what the influence of one mind upon another can accomplish.

The ‘Last Lecture’ given by Randy Pausch has been viewed by over 6 million people on the web over the last two months. Randy Pausch is a professor at Carnegie Mellon University, virtual reality pioneer, human-computer interaction researcher, co-founder of CMU's Entertainment Technology Center.

In the ‘Last Lecture’ series the professors ‘pretend’ it is their last lecture. If you had one last lecture to give before you died, what would it be? For Randy it truly was. He recently learned he had 3 - 6 months to live. “This talk contain realistic advice on how you can live your life so that you can make your childhood dreams come true, too.”

Learn more about this amazing story of a courageous man. Before you click on the video, make sure you to pause the playlist (in the sidebar) so that you can listen to Dr. Pausch. Check the video that featured the story.

How are you playing the game? 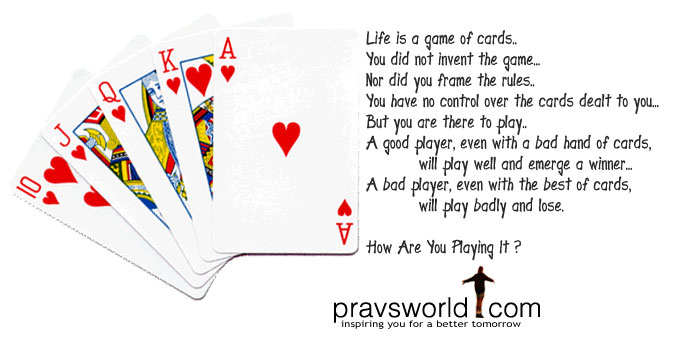 Character traits of a leader

This article written by Robin Sharma appeared in Times of India. I would like to share it with you as it has lots of nuggets. Have a fantastic weekend. Enjoy the article and please feel free to share your comments.

Traits of a leader

In my leadership development work with companies like IBM, FedEx and Nike and as an executive coach to many of the superstars in business, I have been blessed to have been able to closely observe the traits that the best use to get better - and achieve longevity within their careers and within themselves. Here are some of their personal practices for sustainability:

1. They have a lust for learning. There is a cure for anti-aging that actually works - it's called lifelong learning. To ABL (Always Be Learning) is to stay young forever. The best in business have boundless curiosity and open minds. And this allows them to work and live with a childlike sense of wonder as well as access the world-class levels of creativity that fuels their professional success. They read constantly. They listen to books on CD. And they understand that everyone they meet knows at least one thing that they don't. So they ask good questions (like any good leader). In this world of dazzling change and stunning opportunity, ideas are the commodity of success. And a passion for learning makes you a human idea factory.

2. They devote to NSI. A mantra of many world-class businesspeople is Never Stop Improving. As I've written in my book The Greatness Guide, nothing fails like success. Success is seductive. It can make one complacent and inefficient and stale. Too often, once a person (as well as an organization) becomes successful, the very things that created that success get neglected. The best businesspeople have a hunger to make their todays better than their yesterdays. They have a staggeringly large appetite for pushing the envelope. They stretch their personal frontiers by taking risks and by running to their fears and by improving every area of their lives. Relentlessly. And this serves to keep them young at heart. And at the cutting edge for years.

3. They know that health is wealth. At a leadership seminar I delivered in Delhi to executives, a participant handed me a piece of paper that said: "health is the crown on the well man's head that only the ill man can see." Big idea. We take our health for granted until we lose it. And if we do, we spend 24/7 trying to get it back. It's fascinating to me how, while we are young, we are willing to sacrifice our health for wealth and yet, when we grow old-we become willing to give up all of our accumulated wealth for one day of good health. Getting into work-class physical condition will make you more creative, energetic, focused and happy. Make that leap today.

4. They find a Cause. In The Greatness Guide, I write that the real secret to immortality and longevity is to find a cause that's larger than yourself and then have the courage to donate your life to it. That cause might be being an extraordinary leader who creates an extraordinary organization that creates extraordinary value for it's customers. That cause might be to be a person devoted to leaving everyone you meet better than you found them. That cause might mean being a manager that develops the highest potential of his people and evokes their greatness. My Dad shared an Indian saying with me as I grew up that still lives within my imagination: "when you were born, you cried while the world rejoiced. Live your life in such a way that when you die, the world cried while you rejoice."

Loved to share the story which Bijon shared recently.

"There was a man who had four sons. He wanted his sons to learn to not judge things too quickly. So he sent them each on a quest, in turn, to go and look at a pear tree that was a great distance away.

The first son went in the winter, the second in the spring, the third in summer, and the youngest in the fall.

When they had all gone and come back, he called them together to describe what they had seen.

The first son said the tree was ugly, bent and twisted. The second son said no --it was covered with green buds and full of promise.

The third son disagreed, he said it was laden with blossoms that smelled so sweet and looked so beautiful, it was the most graceful thing he had ever seen.

The last son disagreed with all of them; he said it was ripe and drooping with fruit, full of life and fulfillment.

The man explained to his sons that they were all right, because they had each seen but one season in the tree's life.

He told them that they cannot judge a tree, or a person, by only one season, and that the essence of who they are -- and the pleasure, joy, and love that come from that life - - can only be measured at the end, when all the seasons are up.

If you give up when it's winter, you will miss the promise of your spring, the beauty of your summer, fulfillment of your fall.

Don't let the pain of one season destroy the joy of all the rest."

"In the business world, everyone is paid in two coins: cash and experience. Take the experience first; the cash will come later."