While there is still a long way to go, we are slowly seeing signs that the economy is trying to make a comeback.

I am reminded of a story narrated by Swami Sukhabodananda about how a king in ancient times placed a big rock on a roadway. Then he hid himself and watched to see if anyone would remove the huge rock. Some of the king’s wealthiest merchants and courtiers came by and simply walked around it. Many blamed the king for not keeping the roads clear, but none did anything about getting the rock out of the way. 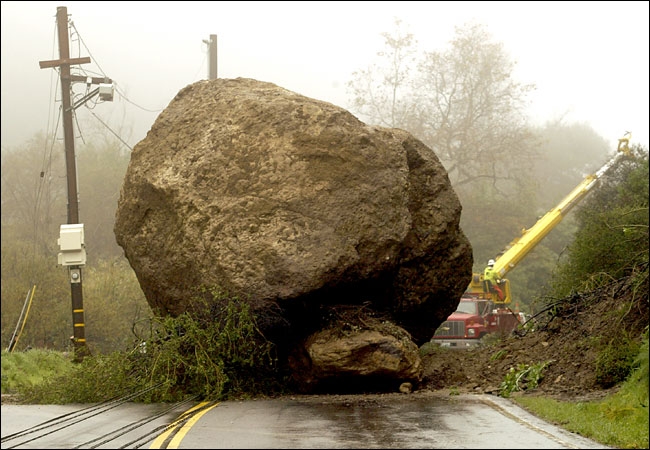 Then a person came along carrying a load of vegetables. On approaching the rock, the peasant laid down his burden and tried to move the stone to the side of the road. After much pushing and straining, he finally succeeded. As the person picked up his load of vegetables, he noticed a wallet lying in the road where the boulder had been. The wallet contained many gold coins and a note from the king indicating that the gold was for the person who removed the rock from the roadway. The person learned what many others never understand. Every obstacle presents an opportunity to improve one’s condition.

Every obstacle you have faced on the road the past year or two with the economic downturn presents valuable lessons that you might not have considered. From under the rock on the road contains a precious wallet with a few nuggets of truth that are reminders for us today.

First, successful people solve problems. Many of the king’s merchants and courtiers walked around the rock. Consequently, they did not receive the gold coins which are indicative of many today. Success comes to those who in the face of obstacles will work hard to remove the obstacles before them. Others prefer to walk around obstacles and pretend it is not there or blame someone for it.

Someone once said, “If Columbus had turned back, no one could have blamed him, but no one would have remembered him.” The successful person will roll up his sleeves and with determination move the obstacle. It may take a while and will certainly not be easy, but the reward will be worth it. What will you do with the obstacle on your path?

Second, rocks are the measuring devices of your creative powers. For many, a rock on their pathway is a nuisance, an irritation on the way to some place else. While the king’s men likely cursed the rock the person chose a different approach. While no one wants a rock on their path like a recession, how you choose to respond to it will make all the difference.

I read a story about fashion designer Sandra. As a student, Sandra was given a project to design clothing that would go against her natural inclinations--clothes that she didn't like. She came up with a line of economical, one-size-fits-all, modular clothing for women. The investment paid off. Within a few years, more than $100 million had been sold from her collection, and she had made millions in royalties. All because she put her natural inclinations aside and investigated something different.

Sandra chose to design clothes that were not appealing to her and became quite wealthy in the process. Her creativity paid off. What will you do with the obstacles on your path?

Obstacles provide opportunity. The truth is- opportunities often come in a disguise. Not every rock is an obstacle. Sometimes it’s a reward waiting to be discovered.

The next time you stumble upon a rock on your path, pause before you curse it or the one who put it there. Keep in mind that what lies underneath quite possibly could change your life.