Pay the price to get the prize

One of the scientists whose work I adore and admire the most is that of  Late Dr. Richard P. Feynman (RPF). For those of you who are wondering who RPF is, Dr. Feynman got the Nobel prize in 1965 for his work in Quantum Electrodynamics. I heard about RPF from my uncle (L.M. Krishnan Athimber) who attended Thermodynamics class with him in MIT back in the 30s. My uncle was one of the first south Indian to graduate from MIT. He was a tremendous source of inspiration to me. He referred me to a book called "Surely you're joking Mr. Feynman". I strongly recommend it to anyone who likes Science. In Grad School, I  have also used his book "Feynman's lectures in Physics" written while he was teaching undergrad students at Caltech.

Anyways going back to story of RPF is a powerful one.

After winning the Nobel prize for his work, he visited his old high school. While there, he decided to look up his records. He was surprised to find that his performance were not as good as he had remembered them. And he got a kick out of the fact that his IQ was 124, not much above average.

Dr. Feynman saw that winning the Nobel prize was one thing, but to win it with an IQ of only 124 was really something. Most of us would agree because we all assume that the winners of Nobel prizes have exceptionally high IQs. Feynman confided that he always assumed that he had.

If Feynman had known he was really just a bit above average in the IQ department, we wonder if he would have had the audacity to launch the unique and creative research experiments that would eventually win him the greatest recognition the scientific community can give.

Perhaps not. Maybe the knowledge that he was a cut above average, but not in the genius category, would have influenced what he tried to achieve. After all, from childhood most of us have been led to believe that ordinary people don't accomplish extraordinary feats.

Most of us fall short of our potential because of little things we know or assume about ourselves. And the most self-defeating assumption of all is that we are just like everyone else.

We have to have the belief that we can move from ordinary to extraordinary by following the lead of your heart. While Feynman’s performance in high school may not have been a forecast of his future, his heart led him where his marksheet couldn’t.

Your success as a leader is not dependent on the outward measurements that others use to quantify. Pursuing the passions of the heart as you seek out your goals and ambitions is where you discover the talents and skills that you have.

Louisa May Alcott said, “Far away in the sunshine are my highest aspirations, I may not reach them, but I can look up and see their beauty, believe in them, and try to follow where they lead.” As you pursue your dreams chase them with your heart. Your head will catch up.

We have to have a belief that nothing is out of your reach. The fact that Feynman didn’t make great grades in high school did not deter him from chasing after his dream. He is credited for his work in quantum mechanics, assisted in the development of the atomic bomb, and was a member of the panel that investigated the Space Shuttle Challenger disaster.

Oprah Winfrey said, “The key to realizing a dream is to focus not on success but on significance- and then even the small steps and little victories along your path will take on greater meaning.” From bad grades in high school to quantum mechanics is not an overnight step. Your success will come as you relentlessly pursue the dreams you have and not give up. The leadership seeds that are in you are not lying dormant, they are growing and developing and are ready to spring forth.

To move forward in life we have to take the first step. Ralph Waldo Emerson said, “Don’t be too timid or squeamish about your actions. All life is an experiment. The more experiments you make the better.” Leaders fail not for a lack of vision or ideas, but for never taking the first steps toward achieving them.

One can sit on the sidelines and ponder a dream or get in the game and make it happen. Denis Diderot said, “Only passions, great passions, can elevate the soul to great things.” You will fulfil your life’s dreams and passions when you decide to take the first steps in making it a reality.

As a leader with the seeds of potential inside you, never settle for anything less than the belief that you can achieve your dreams. Don’t allow the report card to dictate your future. Don’t quit in the middle of the fight. Thomas Edison said, “Many of life’s failures are people who did not realize how close to success they were when they gave up.” 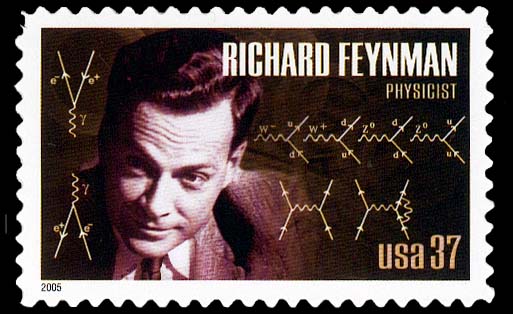 Moving forward in life is not as far as you think.

Josh Billings says "Be like a postage stamp. Stick to one thing until you get there".

Keep your eye on the prize and your heart in the hunt. Your days of triumph is waiting for you.