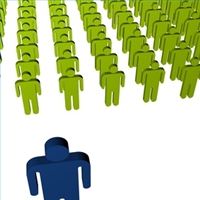 People who start acting in movies, stars in any sports have all become role models for the general public. But the question always arises with regards to being a positive impactful role model or a negative one.

We are always looking for the ideals, the idols we can point to and say "Be like that". I remember my mom in an attempt to promote fruits and vegetables to my brother Aravind would say something like, "If you want to be strong and hit sixes like Kapil Dev, then you should eat lots of vegetables like him." This would make my brother open his mouth little more so that he can munch little more food. I was a big fan of Kapil and his story is a good example of rags to riches. True positive role models are those who possess the qualities that we would like to have and those who have affected us in a way that makes us want to be better people. I was a big fan of Charlie Sheen when I watched movies like Wall Street, Major League. I used to hear lot of great things about the consistency of preparation behind Tiger Woods. Even though they were admired for their talents at some point of time, both of them did not learn to consider the consequences of their actions in a broader sense.

The question each of us need to ask is: how are we helping each other grow to become the best that we can possibly be? Who are the role models we look to so we can become the best we can be? What changes can I make now so that I can become extra-ordinary and become someone to emulate?

Once our behavior is changed in such a way that we adhere to high standards of integrity addressing the character traits in a consistent way, then the success we attain will be of permanent nature.