One of the most common issues is a failure to communicate effectively.

The next time you are in a crowded mall or on a train, take note of people carrying conversations with one another. Are they actually listening to one another or are they simply waiting for their turn to speak?

If you find the opportunity to raise an issue with someone in the future, pay attention to the way in which you speak. Are you listening to what the other person has to say?

Try speaking less and listening more. I have seen my uncle ( Sambamurti Athimber) practice this all his life. I was just 14 years old when I met my uncle (Sambamurti athimber) in Calcutta, but he treated me  like million bucks.Thanks Athimber for teaching us these lessons through your example. 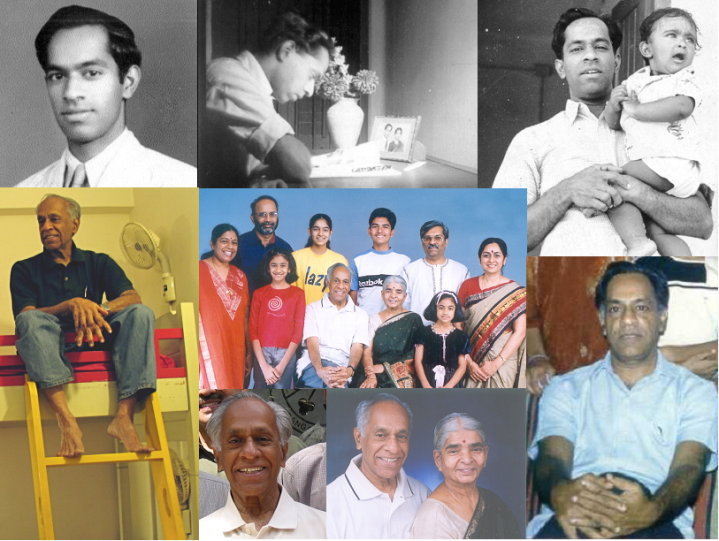 1) Think before you speak

Given time before you speak, you will put a little more thought into what you want to communicate to the other person. Take in what he or she is saying, and use their suggestions to support or dissuade your argument. Also, you will not end up saying something you did not intend to divulge.

2) Understand what the other person is talking about

When someone is speaking to you, it’s easy to zone out and just focus on snippets of what they’re saying. Listen carefully to what they are saying, how they are saying it. There may be an underlying issue of which you weren’t even aware, the person may be upset. Make sure you hear them out completely.

3) You will only say what’s important

Brevity is the soul of the wit. If you decide to listen more, and speak less than you normally would, it would make sense to only say what needs to be said. Why waste your time talking about things that don’t matter, or don’t deserve the energy?

If you want your opinions to make an impact, you should keep your points succinct. Try to make yourself as clear as possible so that there is no room for confusion. It was Benjamin Franklin who said, “Speak not but what may benefit others or yourself; Avoid trifling Conversation.”

If you spend most of your conversations listening, and you absorb the information given to you, you’ll likely have a well-rounded opinion on the outcome of any decisions that are made.

For example, if you are in a meeting with several people who have concerns about a particular issue, let each person have their say before a decision is made. If you collect all of the facts, you will be able to make a well-informed decision on the outcome.

There’s nothing more frustrating than pouring your heart out to someone and being met with a brick wall. It is so important to feel needed wherever you are..

If your opinions are valued and taken into consideration, you will feel much better not only about the situation, but about yourself as well. Turning that around, you should make others feel the same way, that their opinions matter and that they too, are a valued member of the team.

Conversations should be give and take. You shouldn’t have to interrupt someone to get your word in. But you shouldn’t dismiss what they have to say either..

If you can truly listen to what is being said, process the information, and use it effectively, your communication skills will only get better as time goes on.

What Matters finally is..

I enjoyed reading this.

Choose to live a life that matters!

I have been writing blogs from 2005 and this is my 1008th posting. I have an average of 25-30 visitors everyday. I thank you all the visitors for your ongoing support and kind words of encouragement. I don't write as much as I used to do. Today being Father's day, I want to dedicate it to my dad. (Below: Dad with S. Venkataraghavan) It's natural for many to reflect today on what their dads mean to them.  I'm no different.  But I spend a lot of days thinking about the lessons I learned, how I've applied them and more importantly, how they have created who I am. 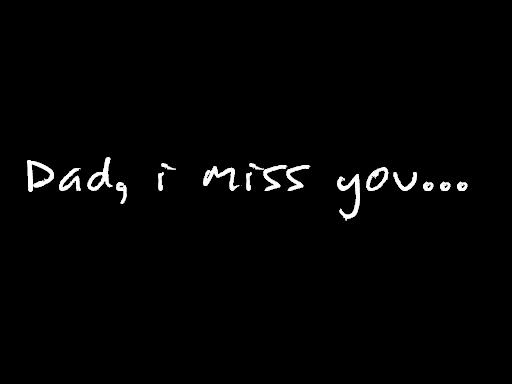 Dad left us last year and there is not a day that goes by without thinking about him. Everyday is Father's day. This is what I wrote last year about him.  It is difficult to find a proper way to express all that my father has meant to me and to offer a fitting tribute to him which might be profitable to share with others.  I would like to share the lessons learned by watching my dad. I am glad I was blessed to have him as my Dad and a part of my life for 38 years. I look forward to the day I can see him -- standing by the Almighty and welcoming me home once again. 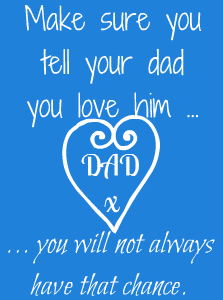 Today is special day..Why? My best friend (from Kindergarten) 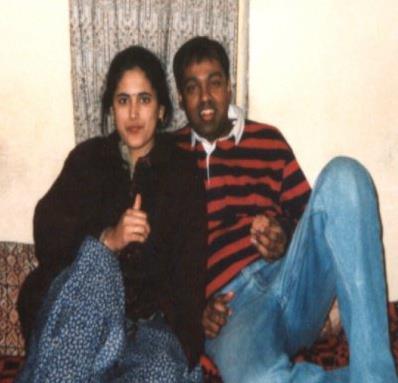 Sudarsanam (whom we fondly refer to as Susi) is married to Anu 12 years back..Wishing Susi and Anu a very Happy Anniversary....Please join me in my wishing them loads of Happiness, Joy and Happiness, Peace and Prosperity, today and everyday!