My copy of #Daddykins arrived on time and I couldn't put the book down.

Kalpana Mohan writes magically about her father, his life, all the way from his days in pre-independent India, to the 21st century. I was transported to his village in Palakkad, to the Madras of old that him and his family made Home in. Mostly though, the words paint a breathtaking picture of a man through his daughter’s eyes, through his Man Friday’s eyes, through the lives of those he touched. 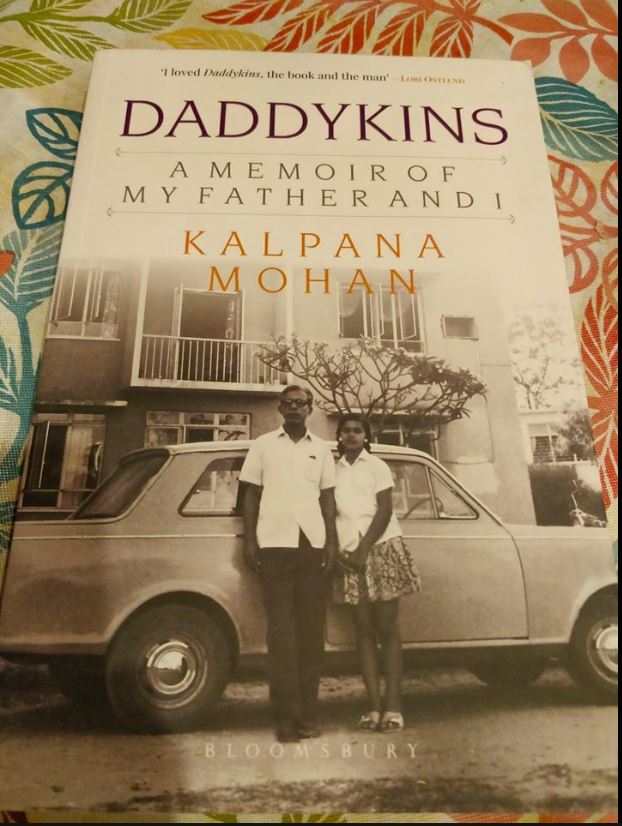 A read that was both sad and funny, a story of a love that is both universal and unique. Nothing can ever extinguish the aching sadness of the loss of one's parents; all we are left with are stories and memories. Kalpana Mohan has captured these so beautifully. It is the story of her family, the life and times of her beloved Daddykins and a host of others who were part of his milieu. I can totally relate to her narration as I lost my dad to cancer in 2012 as soon as I heard about his illness, I dropped everything to take care of him. Kalpana has used unswerving probity coupled with a defining and underlying compassion – making us laugh and cry with the family. ! I am teary eyed right now, having literally lived the last moments of Daddykins in the past hour!!  It is a rare book that can appeal to everyone – Daddykins is one such – for we can, each and every one of us, relate to someone or something in the book.  Five stars, that is my vote. Wonderfully written!!