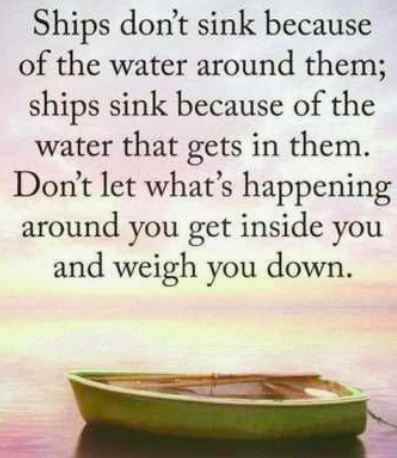 Review of The Test: A New Era for Australia team: Season 1

About two years back, Australia’s Test cricket team became entangled in a ball-tampering scandal during the third Test of a series in South Africa. Captain Steve Smith, vice-captain David Warner and batsman Cameron Bancroft were the key figures involved in an incident dubbed ‘sandpapergate’ and one which would cast a dark shadow over the sport. Steve Smith was stripped of captaincy and handed a ban along with David Warner and Cameron Bancroft.  The Australian cricket authorities were forced to make changes in personnel. Justin Langer, a retired top-class batsman, was brought in as head coach and Tim Paine was made team captain.

For all cricket lovers, who are in desperate need of some decent viewing during this time of isolation and lock-down, the newly released Amazon Prime"  "The Test: A New Era for Australia’s Team" is worth the watch.  This  is an in-depth, behind-the-scenes, eight-episode examination of a cricket team in crisis. It chronicles 18 months in the travails of the Australian national team, from the squad’s all-time lowest point to its return to relevance in the 2019 World Cup.

Born in India I have been passionately following the game as much as I can from the late 1970's and 1980's and it continues to provide non-stop entertainment and excitement. Australia has been one of the most successful cricketing team and been a dominant force for decades winning multiple World Cups  and other ICC trophies. I always admired Aussie team for their fighting spirit but  never liked them as a team as most of the team members were arrogant, offensive and knew that these players would do anything to win and I strongly felt that what happened in Capetown was something they totally deserved.

With regards to this documentary..Where do I start?

The series takes a deep look at coach Justin Langer’s ruthless yet humble characteristics and attributes, both as a former player and as a potential manager of a team that had hit rock bottom in 2018. Coach’s vision was also quite clear and obvious from the start – " that is to build a team that will earn the respect, not only of their own country, but of the cricketing world once again".

This documentary showed all the raw moments of the players and coaches and this showed you the person behind their own titles. It brings forward the real people, real emotions and real drama that unfolded after what happened. The series was thoroughly enjoyable, it's rare for outsiders to see inside the inner sanctum of a test dressing room and that was great.  Everybody in the Aussie dressing room was very passionate and charged up and not afraid to show their frustrations. The camaraderie was almost tangible and the way the team stuck together through thick and thin was amazing to watch. The behind-the-scenes footage shows all the drama and emotions of winning and losing matches all before Australia departed for last year’s World Cup and Ashes series in the country of their biggest rival, England. After watching two of the episodes,  cricket fans will have a completely different perception of the Australian cricket team. First time in my life I will use the word respect and Aussie cricket team in a sentence.  It was great to see what Aussies thought of Virat Kohli and the Indian Cricket team. However, I am surprised that they didn't include the part when Virat Kohli  pleaded to the fans to stop abusing Steve Smith when the crowd booed him constantly during the India-Australia World Cup  2019 game played at the Oval.If you're a true lover of the game, if you can put aside team loyalties and just applaud the 'Rising from the Ashes to win the Ashes', this series is for you.

In light of COVID 19, the related crisis and challenges and the normal every day difficulties we all face, what should be our code of conduct?

I believe the question of our time is, “How can I help?”  The first and obvious answer is to take care of yourself and stay safe so that you are able to help others.

But if you stop there, you’ll limit both your impact and your happiness. The best way to beat self-absorption is to answer the question, How can I help?

Here are  some possible good answers:

There are no quick fixes to the problems we face. But enough people doing what they can to help will indeed make a big difference.

God bless you, and please be safe.

And so we enter a new world of social distancing, people stocking tissue paper, and limitations on how we can gather. Borders are closing, airports are shutting down, and in some countries, police and armed forces are getting prepared for handling this new situation. How are we going to handle this new normal?

We have known times of adversity before. And just as we have come through those difficult times in the past, we will come through this one. It’s who we are and it’s what we do. But before we complain too much about this new normal, how about taking time to count our blessings. Write down 3-5 things you are grateful for at the end of the day. They can be simple things like when someone smiled at you.

This is the opportunity to be more thankful for what we have ,  to show courage and kindness and act with common sense. Our example matters.

If we do that, we will sustain, survive individually and collectively. This is the time to slow down everything,  act with empathy, kindness and reflect. Not sure when we will get this again.

Superstar of my school departure 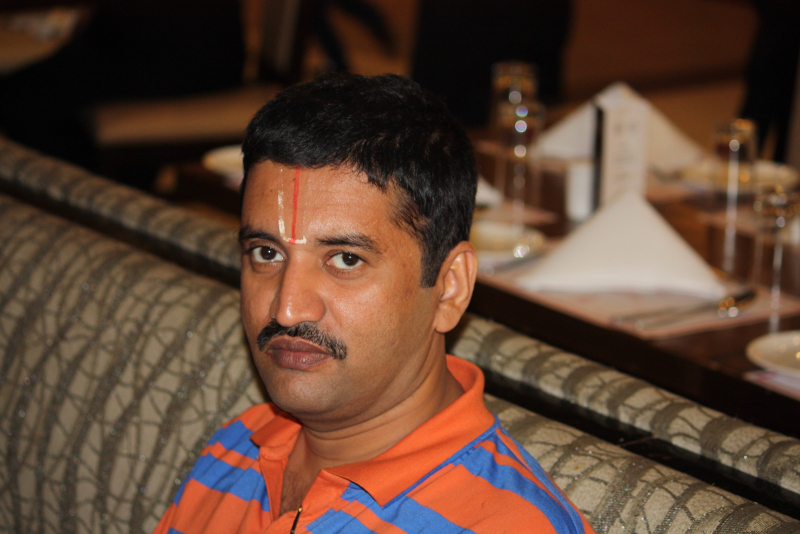 This is my good friend Rajinikanth (also known as Superstar) from school who went to be with Almighty today (March 6, 8:10 AM IST).  Our school friends and I  are still coping with this tragic news and we are recollecting all the good memories we have had with him. I have known him from VI grade and he was one of the math whiz who did very well in academics in school. He was in the same section from VI -IX grade. I  took language classes and  he was very thorough and complete in his approach towards acads and was jovial too.  He lived in a place called Velachery which is quite far from where I used to live and thus I was not in regular touch with him. After high school, I found out from my other friends that he got admission to one of the premier institutes named BITS Pilani.

All of us went our merry way to do our undergrad and lof us decided to come to US to pursue Grad school. While we were here, we tried reconnecting back with our school folks and tried to get back in touch with most of our friends.  Slowly but surely we finished our grad school and  got married and some of them started family as well. We got back in touch around 2005 and started writing back and forth via email. (Googlegroups). He was very quick to respond and  started sharing the funny incidents in school and always took time to correspond via email. With most of my school folks, there was always a sinusoidal pattern where all  of a sudden,  all the team members felt the need to correspond sharing their nostalgic moments  or about the birth of their son/daughter and suddenly it will soon ebb.  In the year 2014, suddenly with the advent of WhatsApp groups, bunch of school folks started reconnecting and ended up finding almost of our school friends and it was like frenzy catching up with the school folks all over again. Thanks to the initiative of my classmates Maya , Ram Pai and  other networkers we all got back in touch. After 1991, I got a chance to speak with Rajini only in 2014. I vividly remember running downstairs to call him during my lunch break and was so excited to hear his voice and we were so happy to catch up on lot of stuff. Needless to say that the lunch break was long. After that we were in regular touch and I am thankful that I got to meet lot of my school folks in 2015.  Thanks to my school friend Anu's initiative, I was able to meet Rajini in person and had dinner together. It was wonderful to meet and that was the last time I met in person.  That was the time I  captured the picture posted above. We did talk over the phone  regularly and Rajini went through lot of challenges at work and I tried my best to help him out with the best of my ability and was in regular touch till Oct /Nov 2019.

Yesterday, all of a sudden, I received a message from a great friend of mine, GB that Rajini has been  battling a health issue and is not looking good.I was totally shocked to hear that as I wasn't aware of the same and my friends started sharing about the health challenges that he had been facing last few months. I was at first incredibly confused. “How could this happen?” I wondered. Not comprehending in that moment that life does eventually lead to inevitable death. Even our highly intelligent, self-aware species can’t grasp the idea of a guaranteed future demise. I just couldn’t process it, until I finally did. Then the shock came. I stared at my computer in complete silence as my brain began to rewind ancient memories through my eyes and into my bones at a rapid fast-forward speed. Death is always an unexpected earthquake, regardless of whom it happens to or what your relationship was.  The sudden impact of receiving this news made me aware that I had absolutely no idea he was suffering.  Our group of school friends still prayed hoping a miracle can happen which will make him live longer. Few of my friends who live in Madras decided to meet him in the hospital and today morning as they reached the hospital found out that he just departed. As soon as I saw the message from Mana (Anand) from the hospital, I  started to sob uncontrollably quietly.  I texted a couple of high school pals who I remained tight with and asked them if they knew. They did. They expressed their shock and anguish as well. Like me, they seemed to be in regret that their grief was so consuming, considering they also were not aware of his health issue. I guess he has gone from being a super star to a shining star. This poem written by the unassuming anon. sums it all.

"The angels looked down from heaven one night.
They searched for miles afar,
And deep within the distance
They could see a shining star.

They knew that very instant
That the star was theirs to gain,
So they took you up to heaven,
Forever to remain.

Look down on us from heaven.
Keep us free from hurt and pain.
You'll always be within my heart
Until we meet again."

P.S; I  have added a GoFundMe site supporting Rajini's family kids. Whatever you could help would help his family/kids. Thanks in advance! 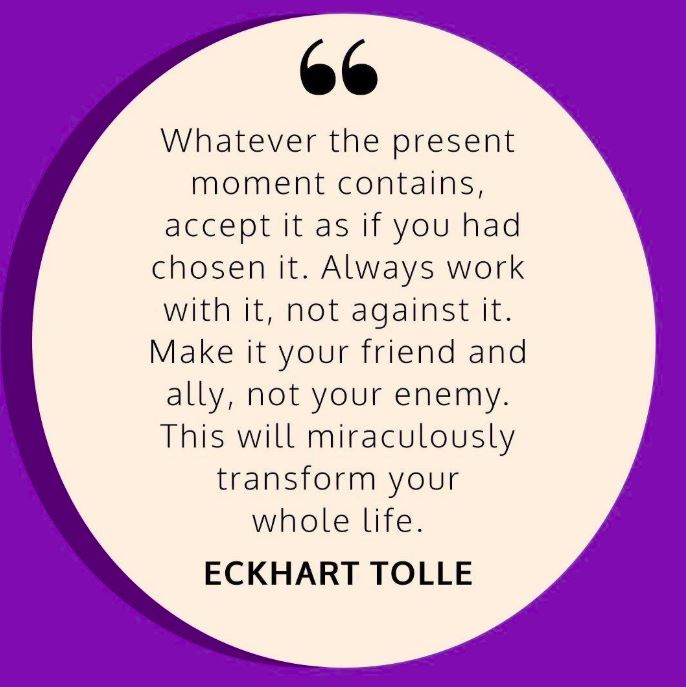 Posted at 05:06 AM in Achievers, Attitude, Gratitude, Motivation | Permalink | Comments (0)