I follow IPL (India Premier League) Cricket tournament which happens every year during March-May where Cricketers all over the World participate for different franchises and  is exciting and entertaining to watch. Because of Covid-19 pandemic, this year it moved March-May to Sep-Nov time period and was scheduled to happen in Dubai..

One of the games I watched today was between Rajasthan and Punjab teams. Punjab played first and posted a  big total of 223 funs and Rajasthan was given an opportunity to chase this mammoth total. Even though Rajasthan had the potential to cross the line, one of the players Rahul Tewatia  was struggling in the middle and was taking lot of time to score runs. His batting partner (Sanju Samson) was however fluent and was scoring runs with ease. At one point the way Rahul was paying everybody was feeling sorry for the Rajasthan team and felt that Rahul needs to exit as  he was taking time and if someone else comes,  at least they can take a chance of winning the game. That was the impression every body had (including myself).
Then, without the slightest warning, he broke free. Rahul who is in the team more for his leg-spin bowling started hitting sixes all over the ground. It was not a flicker of hope, but an all-consuming fire. He scored 53 runs of 31 balls and helped Rajasthan team win the game against Punjab almost from an impossible position. 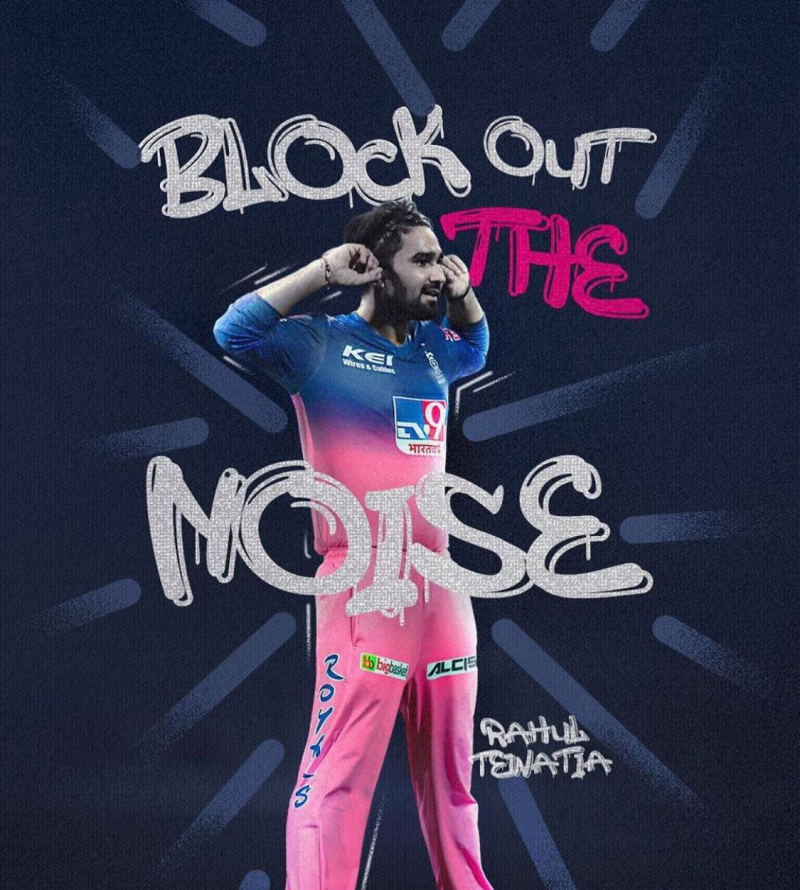 Lesson#1 We all make mistakes, but the way we approach mistakes defines our relationship with them. For some of us, we are intrinsically terrified of mistakes and failure, and we refuse to even try or freeze  in the fear of doing something worse. However, Rahul Tewatia diid not let his mistakes define him. He quickly learned it and moved on.

Lesson#2: Following was the tweet from Rahul back in 2017.  What is there to learn from this tweet? He has pre-played his success. Everything is created twice: First in mind, then in reality. 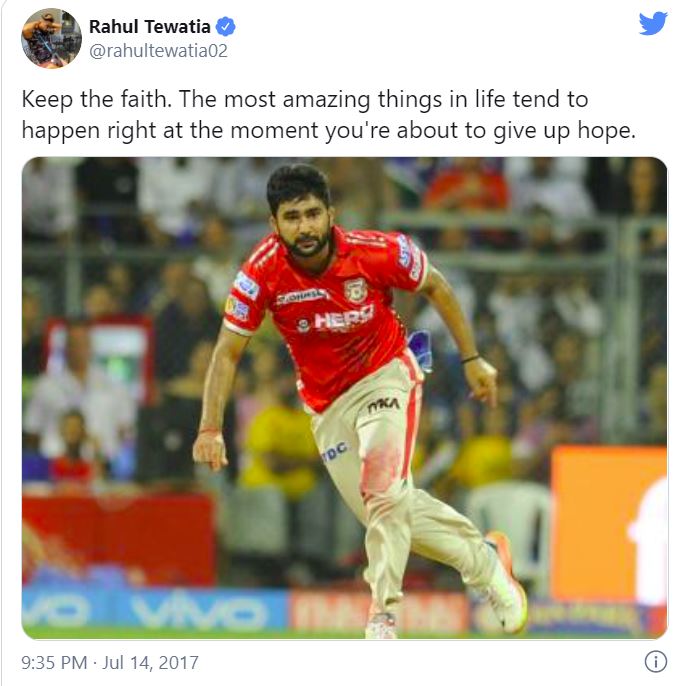