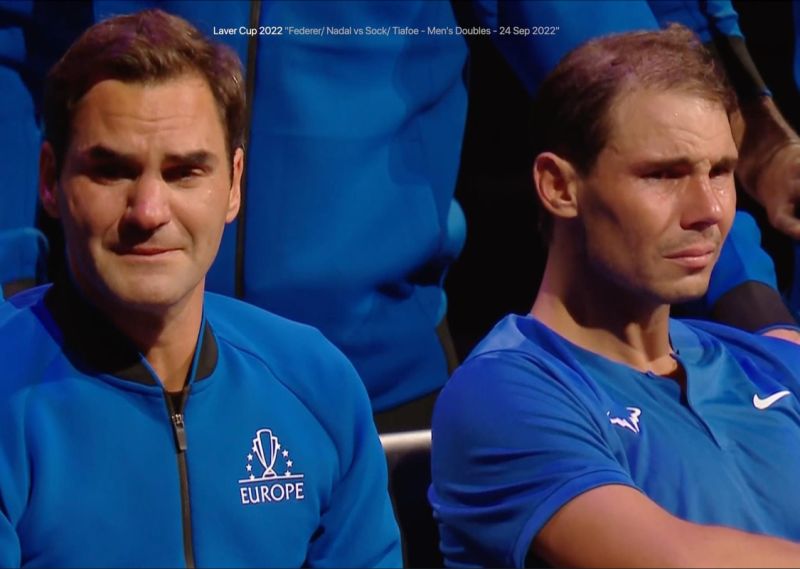 I love this picture not just they are tennis fiercest rivals of all time. To see your greatest rival cry tears of sadness is the ultimate respect. There will never be another rivalry like this duo.Two men demonstrating the strength to be authentic. To be truly as you are, where you are. It's so obvious what this moment means to these two. Their powerful emotions clearly, courageously on display for all to see. How often do we hold ourselves back from being our authentic selves because we feel "it's not allowed." When was the last time you felt strong enough to be authentic?  It disrupts and destroys all myths about masculinity, competition and vulnerability.Being vulnerable in front of others always shows one's inner strength and character.

Nothing about the raw emotion of Roger Federer and Rafael Nadal follows any of those outdated, damaging and dangerous rules of toxic masculinity.

They are openly crying.
They are holding hands.
They are competitors on the court and compassionate comrades who respect and revere one another.

Possessing both masculine and feminine traits is the sign of an evolved person. This really warms my heart.

And I hope that we are continuing to move towards a world that evolves beyond the gender binary "masculine" and "feminine"; one that isn't so desperately set on putting people into boxes and telling them that who they are, what they feel, who they love and how they live is "wrong" or "right" based on how the world has gendered them.

Until then, I implore more and more leaders to show up fully in all of their *human* traits — regardless of gender — so we can embrace, learn from and love them wholly.  Bow and respect to both Federer and Nadal..

Posted at 05:10 AM in Achievers, Attitude, NotestoMyself, Reflections | Permalink | Comments (0)

Greatest of all time: Roger Federer!

Few people in this world set such a high example for character, class, sportsmanship and pure love for the game of tennis. It was a pleasure watching you compete all these years and you are true definition of an amazing human being on and off the court. Even RF's Retirement Speech will become one of the Greatest Retirement Speeches of All Time! You will be missed, Roger!! 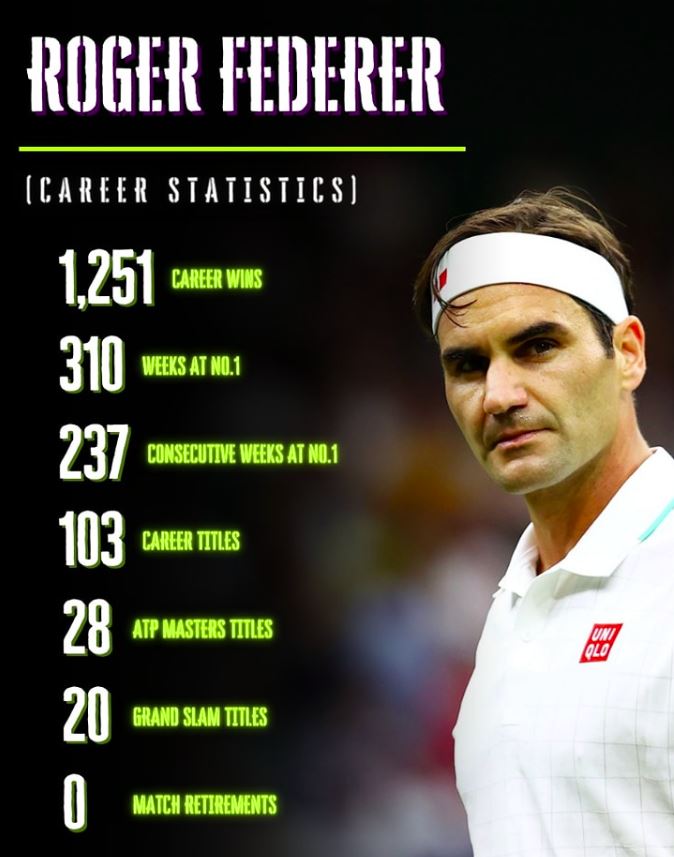 "I am 41 years old. I have played more than 1500 matches over 24 years. Tennis has treated me more generously than I ever would have dreamt, and now I must recognize when it is time to end my competitive career.”- 20 time Grand Slam champion Roger Federer who announced his retirement from tennis"- Roger Federer

Posted at 06:45 AM in Achievers, Character, Gratitude | Permalink | Comments (0)